Like in most other countries, Glucosamine in Japan is mostly known as oral supplements for joint and body pains. Transdermal Glucosamine Cream is relatively new in Japan.

The recent clinical reports which say that oral glucosamine and chondroitin are not effective have raised more doubts. Many patients and doctors therefore tend to close their minds to the possibilities of a new effective glucosamine product.

When "Urah Body Care Cream", containing 8% glucosamine sulphate in the form of transdermal cream, was introduced into the Japan market three years ago, many users were very skeptical to buy and use it. Beginning with the first group of users, we decided to establish a feedback procedure to find out what the users feel about the benefits of Urah Cream. Today, we have collected many feedbacks from the users. The data we have collected reveals something very interesting and valuable for further professional assessment. We have summarized the Japan users' feedback in the Table below:

"Other symptoms" means that we did not recommend users to use Urah cream for the symptoms, but users did anyway

Two candidates (Knees/F/M, Fifties): Were using water evacuation treatment without success. However, after application of Urah ream, both quickly recovered. Two candidates (Knee/F/M, Seventies/ Fifties) noticed improvement immediately after application of Urah ream at the exhibition site. One candidate (Knee/F, Eighties): Had difficult to walk before application of Urah ream. She was able to walk normally after Urah cream treatment. One candidate (Knees/F, Eighties): Had severe pain even during sleep. After Urah Cream treatment, she was able to sleep comfortably. One candidate (Knee/M, Sixties): Applied on airplane bound for Myanmar, using Urah cream given by his friend. He is a masseur. He was so impressed; he started to sell Urah Cream himself. Two candidates (Knee/F, Fifties): No effect felt after using 2 tubes of the cream. Were both taking multiple supplements, and received hyaluronic injection.

The efficacy ratio (%) for arthritis was found to be lower than that of OA. The Clinical Survey performed in Singapore also showed the same tendency.

Two candidates (M/M Fifties/Fifties): A sharp pain run through the body and were diagnosed to be suffering spinal canal stenosis. Then applied Urah cream, and in two or three days after, the sharp pain disappeared. One still has a slight pain at his calf. One candidate (M, Eighties): After operation on his back, he could hardly walk. Applied three tubes in two months and now could walk without any problems. One candidate (M, Sixties): He had been suffering sour pain at his back, waist, and arms for 15 years. Diagnosed as spinal canal stenosis and waiting for operation. Then he started using Urah cream given by his friend. Two months later, he found his sour pain disappeared. He is still amazed. One candidate (M, Sixties): A half year sour pain throughout his body. He recovered very fast. He is now considering to sell the cream himself.

Most people (more than recorded here) recovered within few days of Urah Treatment.

One candidate (Knee/F, Fifties): After operation at her left knee, she was advised never to play valley ball again. She tried Urah Cream and began to feel better. She continued using it for 6 months, and completely recovered. Now she is back playing volley ball again without pain at her knee.

Others: Damage to the knee ligament for 6 years was cured. The efficacy was amazingly fast.

The efficacy was good as in "Spinal canal stenosis.)

We at Urah Japan have come to believe strongly in "Urah Cream" as an exceptional product to relief the symptoms listed above. Urah Cream has helped many people return to Active life here in Japan. Urah cream is cost effective and easy to use. Urah cream technology will definitely become popular with time as more people come to know about it.

We welcome any physician or research scientist for further independent assessment. 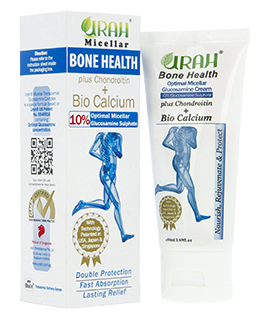